After WWI cruisers and battleship started carrying planes. Quickly the standard became a catapulted seaplane. The recovery was tricky and seaplane maintenance was heavy due open sea operations.

They were used for long range observation and patrolling as the radar was in his infancy with a limited range. Some Navies also developed the procedures to enable those floatplanes to assist with ranging for long distance gun firing.

The only usable air asset to the British Squadron based in the Falklands was the Fairey Seafox from HMS Ajax. The other Seafox was damaged. This explain the caution from the British side to commit and catapult the seaplane [1]p.63.  Fortunately Lt Lewin pilot and Lt Kearney observer the airplane crew were extensively trained thru several missions looking out for U-Boats along the coast of Brazil.

It is interesting to notice that communication to the float plane was using a different frequency depending of the type of mission. For the Royal Navy the wireless frequency for reconnaissance missions  was 230 kcs (KHz) and for spotting it was 3800 kcs (KHz). The longer wavelength (230 KHz) was enabling an extended range for transmission [2]p.128. Tuning in from one frequency to another was a complex process and unfortunately the information that the scouting Seafox was still on the 230 KHz channel was not passed to HMS Ajax communication team. The seaplane was catapulted around 6:40 and the frequency mismatch delayed the feedback from the scouting plane to 6:49am [2] p.150 and [1] p.76. There was further confusion between HMS Achilles and HMS Ajax burst which caused erroneous data to be fed back to the Dreyer tables of the HMS Ajax (mechanical firing computer). The full efficiency of the aerial scouting will start after 7:07am and last until 7:16 when the DKM Graf Spee broke the engagement with the 2 cruisers. During those 10 minutes most of the 20 6’ hits happened. Based on a firing cadence of 3 broadsides per minute it yield a success rate of ~5% at a range about 16 Kyards (15 km).

The scouting plane was also negating the effects of the smoke screens laid by the DKM Graf Spee. The changes in course were reported real time and the fire ranging were not interrupted.

The last mission for the Seafox was to inquire on the HMS Exeter status, as she was out of communication and inform the squadron commander Harwood that she survived the fight despite the hard hits. The successful recovery of the airplane made at 9:12am did not disrupt the pursuit of the DKM Graf Spee.

Battleship Guns and Gunnery in the Dreadnought Era 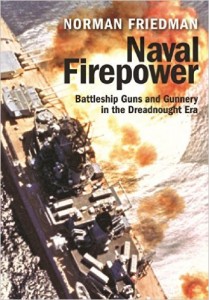 This is the most comprehensive book about Naval Gunnery in the battleship age . The focus is the inter-war period and it is invaluable for understanding WWII Naval History. The emphasis is the Royal Navy but it also study in detail the German, US, Japanese, French, Italian and Russian (Soviet) navies.